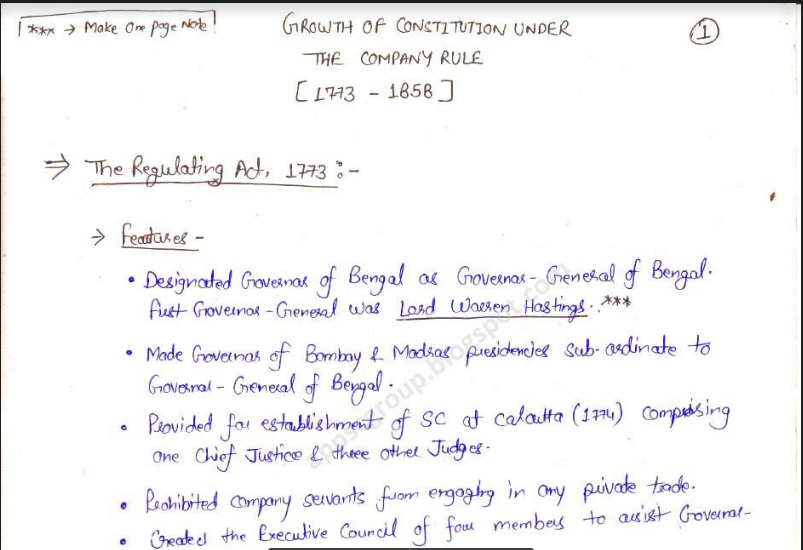 constitution of india notes free download pdf: Staff Selection Commission released the SSC Exam calendar so download indian constitution book in english and start your preparation. You can find many indian constitution notes in english study materials for the SSC Exams Preparation but choosing the Indian Polity Notes PDF Download in Hindi one is the big task. We at SSCResult.in provide the best bharat ka samvidhan pdf study material for all SSC Exams.

introduction of indian constitution: Hello my dear friends, This post is all about Indian Polity Constitution of India PDF Download, This PDF of भारत का संविधान हिंदी will help you to boost your score in SSC Exams. However, This article of indian constitution in hindi is very important to Crack SSC CGL, CHSL (10+2) and CPO Sub Inspector (SI) Exams. Also this भारतीय संविधान की धाराएं pdf will be helpful for SSC Junior Engineer (JE), Stenographer and SSC JHT.

1. Who was the temporary President of the Constituent Assembly? Dr. Sachchidananda Sinha.

2. Who was the permanent President of the Constituent Assembly? Dr. Rajendra Prasad.3. Who was the Chairman of the Drafting Committee? Dr. B. R. Ambedkar.4. Who was the legal advisor of the Constituent Assembly? B. N. Rao.5. How long the Constituent Assembly took to prepare the Indian Constitution, the largest in the world? 2 year 11 month and 18 days.6. Indian Constitution was adopted by the Government of India on? 26 November 1949.7. Indian Constitution was enforced by the Government of India on? 26 January 1950.8. Part III (article 12 – 35) of the Constitution deals with? Fundamental Right.9. Which article contains Right to freedom of speech? Article 19.10. After which amendment Right to Property became a legal right? 44th Amendment.11. Which Article describes the election of President? Article 55.12. The term of the president is? 5 years.13. Which Articel lays down the procedure for impeachment of the President? Article 61.14. Who is the ex-officio chairman of the Council of States (Rajya Sabha)? Vice-President.15. Who is the authority to decide any dispute in connection with the election of the President and the Vice-President? The Supreme Court of India.16. Who gave advice to the Government of India upon legal matters? Attorney General of India.17. Who is the authority to decide whether the introduced bill is a Money Bill or not? Speaker of the Lok Sabha.18. Money Bill can be introduced only in the Lok Sabha, True or False? True.19. A bill which is related with revenue and expenditure of the Government is called? Finance Bill.20. The term of members of Rajya Sabha is? 6 years.

21. How many members are nominated by the President in the Rajya Sabha? 12 members.22. How many members are nominated by the President in the Lok Sabha? 2 members (Anglo-Indian).23. The retirement age of the judges of the Supreme Court is? 65 years.24. The retirement age of the judges of the High Court is? 62 years.25. Which Articles provide special status to Jammu and Kashmir? Article 370.26. Under which Article powers and duties of the Comptroller and Auditor General of India are described? Article 149 and 150.27. Under which Article reports of the CAG relating to the union are submitted to the President? Article 151.28. In which year Election Commission of India was established? 25 January 1950.29. Who was the first Vice-President of India? S. Radhakrishnan.30. Who was the first woman judge of the Supreme Court? M. Fathima Beevi.31. In which year first Lok Sabha election was held? 1952.32. The constitutional provision ‘Concurrent List’ was borrowed from which country? Australia.33. The model code of conduct for political parties and candidates to be followed during election is specified in? Representation of the People Act, 1951.34. Who is the Chairman of Lok Sabha? Speaker.35. Which articles empowers the President to appoint Prime Minister of India? Article 75.36. Which has the most profound influence in framing the India Constitution? The Government of India Act, 1935.37. Who is the Chairman of the National Integration Council? Prime Minister of India.38. In the Union Government the council of Ministers is collectively responsible to? Lok Sabha.39. In India when both offices of President and Vice-President happen to be vacant simultaneously who will discharge the duties of the President? Chief Justice of India.40. Who determines the salaries and allowances of the members of the Parliament in India? Parliament by Law.

As you know, we have already shared Indian constitution in Hindi pdf Format. You can download this samvidhan book and read this 465 articles in indian constitution book to boost your preparation. In below table you will get SSC News and Study material (bhartiya samvidhan in Hindi Class notes) related to all SSC Exams.